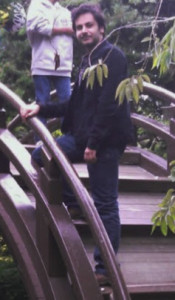 I am a Robotics and Computer Vision Researcher and Engineer. I received a Master’s degree (2016) in Computer Engineering from UC Santa Cruz along with a Bachelor of Science in Electrical Engineering (2013). My interests include Robotics, Machine Learning, Computer Vision, and Feedback Control.

I have several years of robotics, computer vision, and machine learning experience across different fields including Academia, Automotive, Consumer Electronics, Healthcare, Government, and Oil and Gas industries. In 2016 I worked at a stealth startup that built stereo camera sensors to retrofit cars with a few ADAS capabilities which launched in June 2016 (Pearl Automation).

I have been researching several different feature detectors and trackers such as SIFT, SURF, ORB, FREAK with BRISK, FAST, and AKAZE algorithms. I am actively researching SVMs, ANNs, and CNNs.